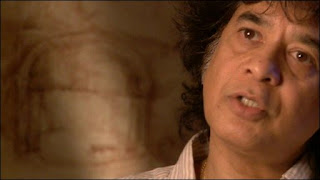 The tabla legend says that the crowning is also a “huge responsibility” because while his father, Ustad Alla Rakha, was alive, he would personally be part of important moments in the lives of his students.

He says, “My father would attend a student’s thread ceremony, or help him out if his mother wasn’t well, or help him choose a school he would go to,” Hussain says. “I won’t be available for the students 24/7 like him, so I’ll have to designate the work to my brothers.”

But Hussain stresses that the conventional guru-shishya system has changed, and the teacher is more of a friend now than an authoritarian figure.

“Because when a teacher is teaching, he’s also studying,” Hussain explains. “He’s studying the methodology of the student, compiling information about how his student is picking it up, etc. In a sense, teaching is also studying, so it’s not necessarily right to call teachers ‘gurus’.”

“Although technically I’m the guru, whenever I need help on something my father had taught us, I will give my brothers a call, and they can do the same.” 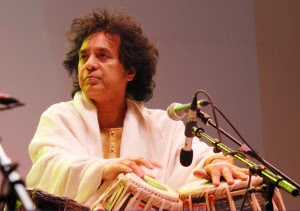 Hussain humbly says that he doesn’t feel that his students should follow his style of playing. “No master will tell his student that,” Hussain says. “I ask my students to learn everything, but forget it all when they go on stage. Because on stage, it’s about the statement you make on your own.
Posted by Sandeep Sagar at 10:14:00 AM 1 comment: Links to this post