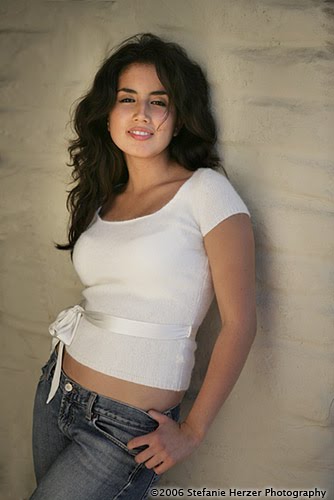 About Stefanie...
From San Francisco to San Jose: Award Winning Bay Area photographer Stefanie Herzer provides photojournalistic as well as fashion style wedding and portrait photography for the Silicon Valley and the Greater Bay Area. Stefanie will also travel to any location in the United States!!!
Stefanie's is a photographer whose passion and love for wedding and portrait photography will translate into the photographs that you will cherish for a life time!
Stefanie's fine art portrait studio just moved to Pacifica just 15 minutes from downtown San Francisco. Our renewed studio set up will be ready this Summer.
Stefanie specializes in fine art portraits of individuals as well as families and children. Only accept a limited number of weddings every year. Find out how hiring an highly awarded photographer "Powered by Passion" will make a difference
Posted by Sandeep Sagar at 10:17:00 PM 4 comments: Links to this post

When Shiv Kumar, Zakir Hussain performed just for Big B

Amitabh Bachchan may have attended various concerts and musical performances but the one closest to the megastar’s heart was when Santoor maestro Shiv Kumar Sharma and tabla exponent Ustad Zakir Hussain played together, exclusively for him and his family.

“(I remember) one magical New Year night in a Delhi hotel where we had temporarily parked ourselves during the shooting of a film and Shivji along with another maestro, the tabla exponent, Zakir Hussain, had played to just four or five of us through the night, in what I believe was one of their greatest performances,” Amitabh posted on his blog bigb.bigadda.com

“It was informal, it was family, it was incredible. I used to possess one of those cassette players and I did make a recording of the moment. I am now not sure where in my mass of stuff that has undergone so many location changes, that divine tape has disappeared. I must find it. It would be a sacrilege if it is lost. It was a masterpiece ‘jugalbandi’ performance,” he added. 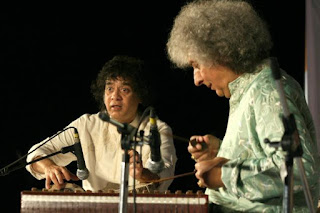 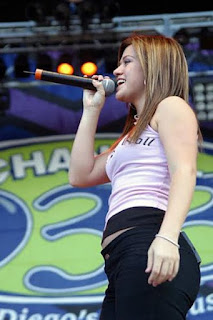 Kelly Brianne Clarkson (b. 1982) is an American pop singer, songwriter, and occasional actress. Clarkson made her debut under RCA Records after she won the first season of the television series American Idol in 2002. Critics praise her vocal talents and abilities, putting her amongst the best female voices. 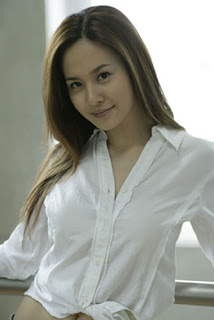 Ivy (born Park Eunhye), November 7, 1982 is a Korean-pop singer who debuted in 2005 with the album Vol. 1 - My Sweet and Free Day. Although she has a strong voice, the record company chose the "sexy" route by releasing " (What Happened Tonight) as her first single. Although inactive for most of 2006, she has collaborated with Shinhwa for their album State Of The Art on the track "Highway Star".She has been educated at Dongdeok Women's University. 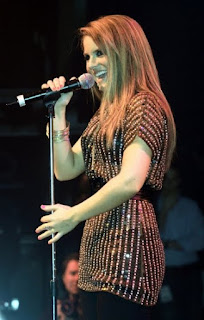 Joanna Noëlle Blagden Levesque (or "JoJo", b. 1990) is an R&B singer-songwriter, and actress. After competing on the television show, America's Most Talented Kids, she went on to start recording making her self-titled first album before she turned 14, in 2004. 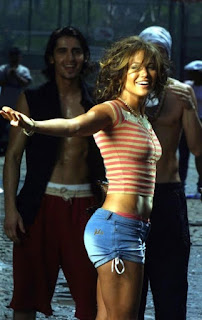 Jennifer Lynn Lopez (often "JLo", b. 1969) is an actress, singer, record producer, dancer, fashion designer and television producer. She is the richest person of Latin American descent in Hollywood according to Forbes, and the most influential Hispanic entertainer in the U.S. according to People en Español's list of "100 Most Influential Hispanics". Many cite Jennifer and the positive portrayal of her behind in the media as a turning of the tide in what is accepted as beautiful. Many women with well-endowed behinds have followed in her footsteps and been widely accepted as attractive women 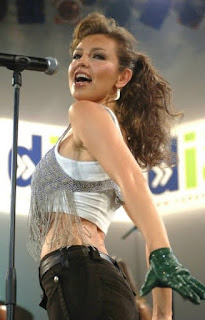 Ariadna Thalía Sodi Miranda (or "Thalía", b. 1972) is a Mexican pop singer and former actress. She is a multi-platinum recording artist. 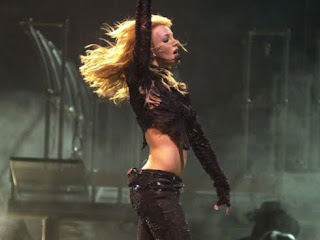 Britney Jean Spears (b. 1981) is an American singer and entertainer. She made her first album in 1999. The album debuted at number one on the Billboard 200 and has sold over 25 million copies worldwide. She was the 13th most powerful celebrity in 2009, with earnings of over $35 million dollars in that year 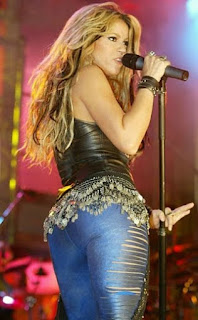 Shakira Isabel Mebarak Ripoll (or "Shakira", b. 1977) is a Colombian singer-songwriter, musician, record producer, dancer and philanthropist. Shakira is a native Spanish speaker and also speaks fluent English, Portuguese and Italian. Nobody's moving hips are as mesmerizing as this lovely woman's.
Posted by Sandeep Sagar at 8:45:00 AM No comments: Links to this post

Do you hide behind your smile? 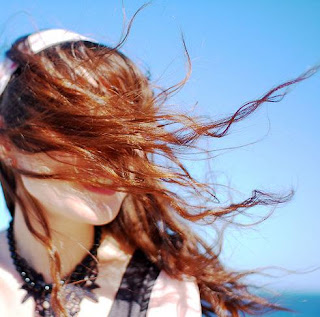 A friend sent me a message just today informing me that she is now sad. She is in their home, laughing but inside, she's crying. I think that it had happened to me before but I already overcame myself. Sometimes, we can show our greatest smile, but deep inside, is a heart that is hurting and needs comfort. How can we mend a hurting heart when we have our own hurts? So how about you, do you hide sometimes behind your good smile?

What is MS???
then mail me :
sandeepsagarsp@gmail.com
Posted by Sandeep Sagar at 1:49:00 PM No comments: Links to this post 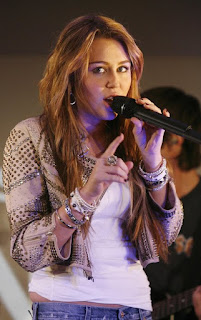 "I feel like this is a TV show," she told E! at a press conference to promote the first Hannah Montana film. "We were really lucky to have enough material to make one movie. To do another one takes away a lot of the reality. Normal high schoolers see Hannah's blond wig and say, 'That's not reality.'
However, Miley confirmed she would like to do another television season of the hit Disney show 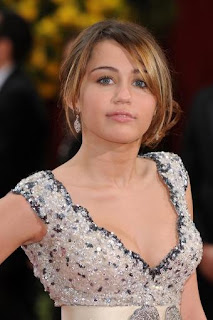 Filming Hannah Montana is no more fun for teen sensation Miley Cyrus as it makes her "claustrophobic" because she has grown out of her role on the show. "As I've grown into it, I've grown out of it. When I was 12, I thought, 'I want to be famous all the time! I want everybody to recognise me!," Cyrus said. 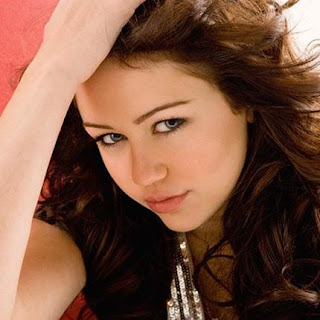 Miley Ray Cyrus ,born November 23, 1992 is an American pop singer, songwriter and television and film actress who rose to fame after starring as the title character in the Disney Channel series Hannah Montana.
Posted by Sandeep Sagar at 9:45:00 AM No comments: Links to this post 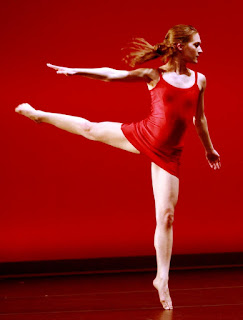 click the image to enlarge
May be this will be a dream interpretetion But its the real dream ..

A cliff! In my dream , she was wearing, beautiful, red dress. I woke up and stood. She sat infront of me . she stared down at me like I was the most interesting thing in the world. Yet, she didn't approach. When i got liked of her staring I slowly approached her. But when I tried, she ran away. No, more like flew away. I chased her through the dream, demanding answers. Suddenly, I reached a cliff similar to the one I had woke up on. But before i could stop myself, I fell from the cliff into this giant hole of nothingness. And i just kept falling. The girl floated up high above me. Instead of helping, she simply stared as I fell. When I finally reached some kind of surface, I shook myself awake before I could figure anything else out.
Posted by Sandeep Sagar at 12:36:00 PM 2 comments: Links to this post

Love is a huge emotion that can radically and completely dictate someone’s life. If it was possible to perform a few magical steps in order to make someone fall in love with you, we would live in a harsh world of broken hearts. buhahahah… don’t we already? You cannot make anyone do anything and you certainly cannot make anyone love you. The more you try to make someone love you, the less they will.
Let’s work on making them happy first:
The concept when pondering about how to make a girl fall in love with you is value. The things you love the most consequently have a lot of value. Can you really fall in love with something that has no value? Things that are replaceable, or are easily attainable have little value in our lives. So make yourself valuable and people will love you. Being valuable isn’t as hard as people think.
Posted by Sandeep Sagar at 11:04:00 AM No comments: Links to this post

Email ThisBlogThis!Share to TwitterShare to FacebookShare to Pinterest
Labels: Article, Datetipz, MY QUOTES

Yesterday, I walked her home. I stopped at her doorway.
We stared at each other, laughed and then hugged.
DURING the hug, she moved her cheek towards me, and as we parted, she kept moving it towards my lips and kissed her on the cheek, first time since we started outing!!!
Posted by Sandeep Sagar at 10:25:00 PM 3 comments: Links to this post