Time magazine’s photo blog has a very interesting picture  where Barack Obama is displaying the things he carries in his pocket to bring him luck. One of them is a tiny metal statue of the Hindu god Hanuman. 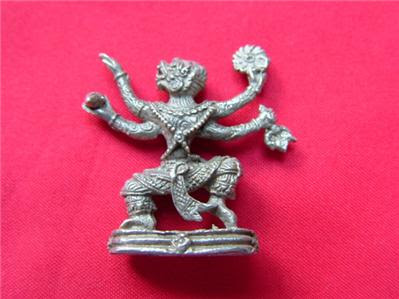