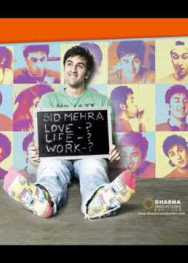 The is the story of Sidharth Mehra (Ranbir Kapoor), a lazy, unmotivated slacker from Mumbai whose life undergoes a series of changes after taking his final year college exams.Sid's world is breezy, carefree, and without any true responsibilities. The most important elements in his life are his friends, his camera, his car, and his X-box 360.Awaiting movie..
Posted by Sandeep Sagar at 4:53:00 PM No comments: Links to this post