The Presidential State Car is the official state car used by the President of the United States. Throughout history, a variety of vehicles have both officially and unofficially been acknowledged as the presidential vehicle. Since the late 1930s, the U.S. government has specially commissioned vehicles for presidential use, often specifying advanced communications equipment, special convenience features, armor plating, and defense countermeasures. American cars are traditionally chosen for the role. The most recent vehicle to be used as the presidential car is a GMC Topkick-based, Cadillac-badged limousine often referred to as "Cadillac One" (a reference to the U.S. presidential aircraft, Air Force One) or as "The Beast."


The current presidential limousine entered service on January 20, 2009. According to GM, the manufacturer, the "2009 Cadillac  Presidential Limousine" is the first not to carry a specific model name


Most details of the car are classified for security reasons. It is completely fitted with military grade armor at least five inches thick, and the wheels are fitted with run flat tires. Due to the thickness of the glass, much natural light is excluded, so a fluorescent halo lighting system in the headliner is essential.


The car can seat seven people, including the president. The front seats two, and includes a console-mounted communications center. A glass partition divides the front from back.

Three rear facing seats are in the back, with cushions that are able to fold over the partition. The two rear seats are reserved for the president and another passenger; these seats have the ability to recline individually. A folding desk is between the two rear seats. Storage compartments in the interior panels of the car contain communications equipment. The Secret Service refers to the heavily-armored vehicle as "the beast". 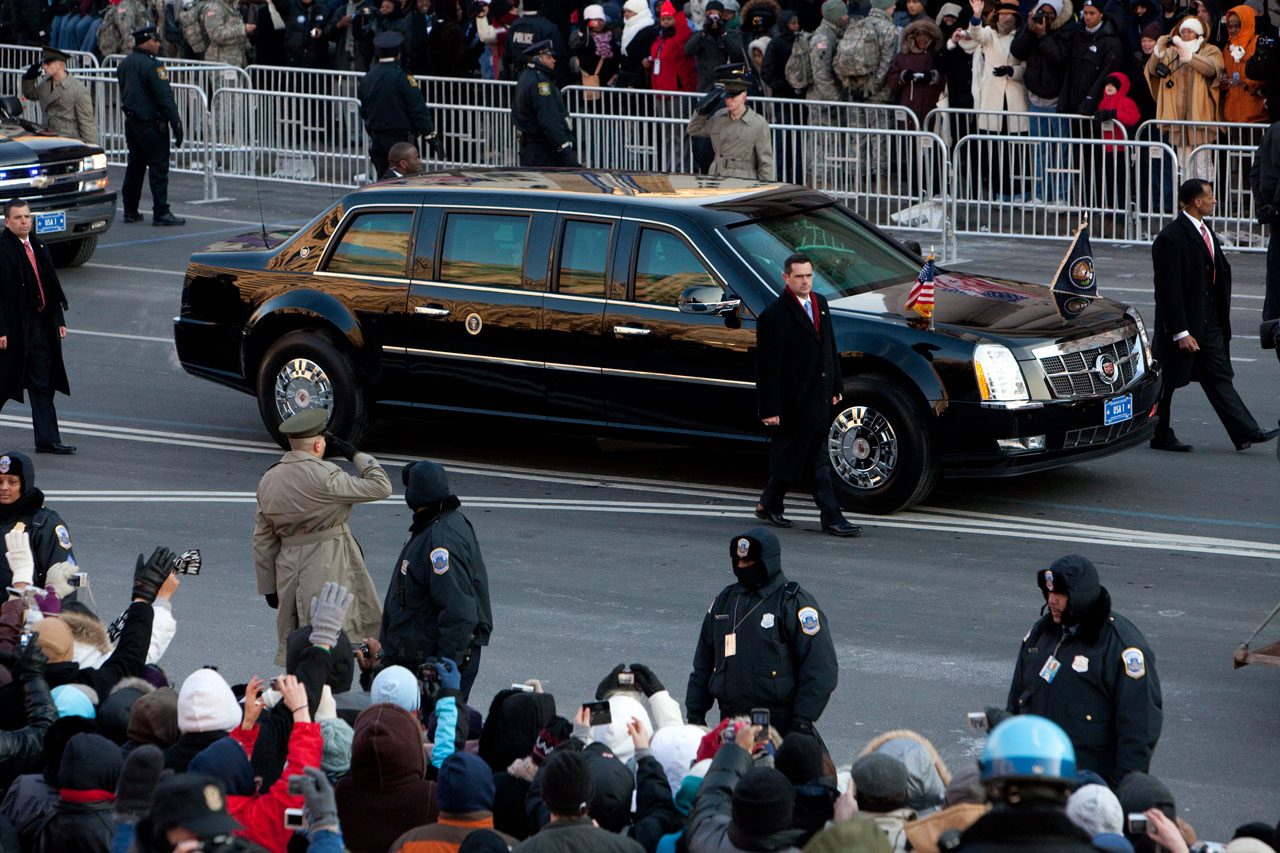 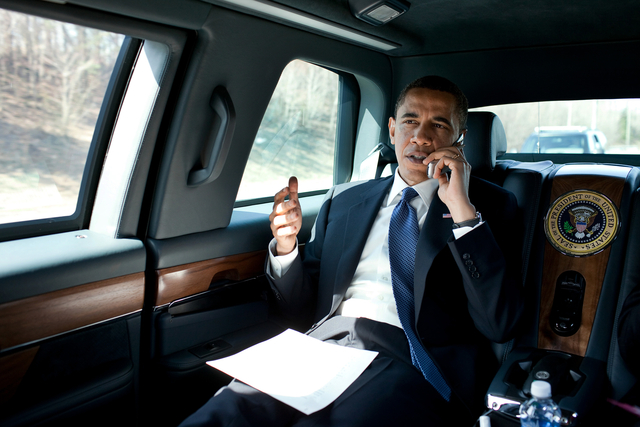 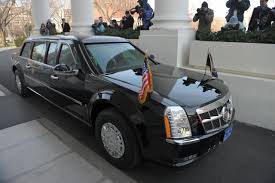 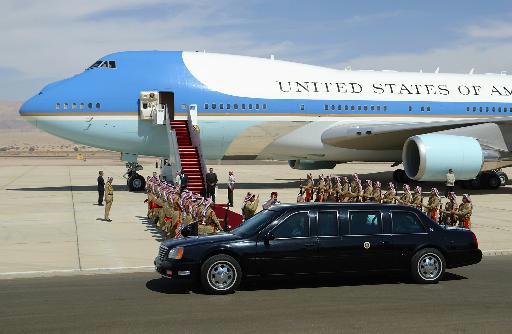 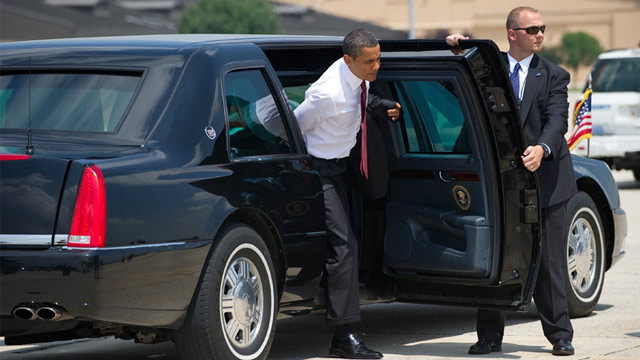 On domestic trips, Cadillac One displays the American and Presidential Standard flags, which are illuminated by directional flood lights mounted on the hood. When the President performs a state visit to a foreign country, The Presidential Standard is replaced by the foreign country's flag.[8] The limousine is airlifted for domestic and international use primarily by a U.S. Air Force C-17 Globemaster III.